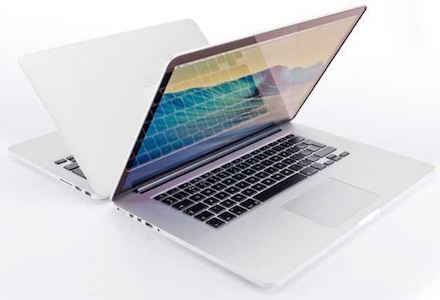 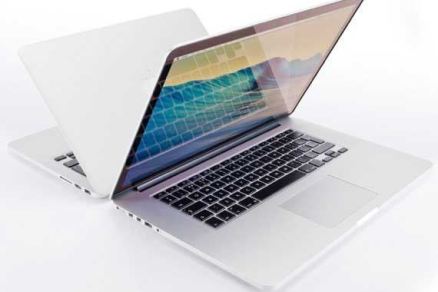 The 13‑inch MacBook Pro with Retina display has nearly 2 million more pixels than an HDTV.

The 15‑inch model has 3 million more.

New high-performance technologies. Together they make quicker work of everything.

The 15‑inch MacBook Pro with Retina display has the power to do even more amazing things.

Fourth-generation quad-core Intel Core i7 processors provide the fastest performance ever in a MacBook Pro.

And every model comes standard with 16GB of superfast 1600MHz memory. All of which means the 15‑inch MacBook Pro is ready to take on whatever you can dream up, wherever your travels take you.

Out of the box, MacBook Pro is already a document-creating, presentation-sharing, number-crunching, photo-editing, movie-making, and music-producing powerhouse.

Not to mention all the other incredible apps, including Safari, Mail, and iBooks, which are perfect for the things you want to do and the things you need to do.

And, of course, there are thousands more apps to discover at the Mac App Store.

Powerful apps included. Get right to work. And play.

So you can be creative and productive right from the start. You also get great apps for email, browsing the web, sending texts, making FaceTime calls — there’s even an app for finding new apps.

OS X is the operating system that powers every Mac. Built on a rock-solid UNIX foundation, it’s engineered to take full advantage of what the hardware is capable of.

And it’s designed to deliver the most intuitive and integrated computer experience in the world.

There are no reviews yet.